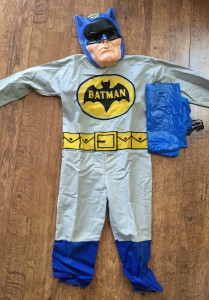 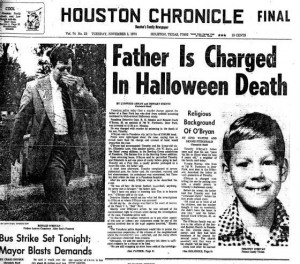 My next costumed experience, which provided a turning point, occurred when I was in 5th grade at the age of 10. I was cast as Scrooge in my elementary school production of “A Christmas Carol.” For weeks I memorized and rehearsed my lines in preparation, often lying on the red and black shag carpeting in my grandparent’s mobile home where I could smell my grandmother boiling macaroni to mix with pimentos for dinner. To costume me for the role, Lydia Grabow, the elementary school music teacher, needed to test the effect of the makeup that would transform me into the “old man” Scrooge. I remember that my mom drove me to Ms. Grabow’s house and observed from the living room while I sat on a stool in the kitchen where Ms. Grabow carefully used spirit gum to attach fluffed cotton balls to my face in rough semblance of a beard. Once the beard was on, she had me furrow my brow, frown, and smile while she traced my facial lines with brown eyeliner. I sat quietly, thrilled at the direct contact, the attention, and the transformation that the makeup provided. It should come as no surprise that my experience resulted in a crush on Ms. Grabow. My first experience with being transformed through makeup would turn out to be only the beginning.

I would spend the next five years of my life disguising myself to “fit in.” Regardless of what I did, I felt that my clothes were nothing more than a failed attempt at costuming myself to appear “normal.” Of course, this self-conscious costume was ill-conceived and frustrating to wear. I lived with an anxiety about my appearance, which never felt convincing enough. Being a skinny kid with glasses and an obsession with sci-fi, fantasy, and comics didn’t exactly help my disguise. Breaking out of my everyday costume was difficult, because there seemed to be no real path to follow. Thankfully, music offered an opportunity to escape, and my friend David Gregg led the way.

In 1982, through my older sister Michaelle, David and I met Keith, an older “New Wave” guy who acted as a mentor by giving advice, including information about Numbers, a dance club in the Montrose section of Houston. This was around the same time that David got his driver’s license, so we would take his father’s old brown truck with a massive camper on the back that we nicknamed “The Behemoth” past the border of the blue-collar refinery life we saw all around in Pasadena, and into the unknown pleasures that Houston spread before us. That year there were significant cultural milestones such as MTV, and the advent of the VCR soon played a major role. Prior to that, my parents had bought a videodisk player, a technology that was quickly obsolete, but one of the few films I owned was Escape From New York by John Carpenter, which I watched almost daily. The morose cynicism of that film, along with the minimal electronic soundtrack, became embedded in my DNA, and still provides a connection to a type of music and imagery that I am immediately attracted to.

Around this time, David somehow arranged to meet a girl from Houston to go see the film Liquid Sky at the Greenway Theater, which none of us had ever been to before. David, Michael Johnson (another close friend), and I took The Behemoth to meet the girl in Houston, where we were then chaperoned to the theater by her mom. At the time, the film seemed to just drag on in a micro-budget, nonsensical way, but I would grow to appreciate it for a variety of reasons. I didn’t recognize it then, but one thing that stood out was the oddball way in which the characters were dressed: a pastiche of the early 80’s New Wave scene in the East Village in New York. This imagery floated around my consciousness, along with any arty video shown on MTV. During that year, I would finagle to spend the night at the homes of any friends who had cable, then stay up all night with hopes of catching interesting music videos like Fish Heads by Barnes and Barnes, which were sadly all too rare among the glut of Huey Lewis and Greg Kihn videos. I was hoping for an escape; anything that would provide a path towards something new, something away from the pulsating refineries on the outskirts of my Texas town.

For my first trip to Numbers, I knew that I needed to wear something unusual, like a costume, so I borrowed an umpire-looking shirt with vertical black and white stripes from Keith (along with his old license to make me 19, which was the drinking age then). I took a pair of my tight Levis into the garage and poured bleach onto them in random pools, fading them from standard suburban wear into something handmade and unusual. The washing machine wasn’t enough to keep the acidic stench of the bleach from occasionally drifting up that night in the club. I also wore a pair of white Nike high-tops with a red swoosh and red soles that I had recently bought. Most importantly, I removed my glasses, which blurred everything around me and caused even more disorientation in the dark club. I also knew that my glasses established an identity that I was trying to step away from, a Clark Kent signifier associated with the type of guy that a girl would never be attracted to. Only later did I realize that removing my glasses formed a link to those Halloween nights as a child where my vision had been impaired by the thin plastic masks, roaming through the dark neighborhood with costumed crowds. As in Halloween there were kids dressed as unusual creatures, at Numbers people were dressed in outfits that made them appear different, even monstrous by society’s standards. 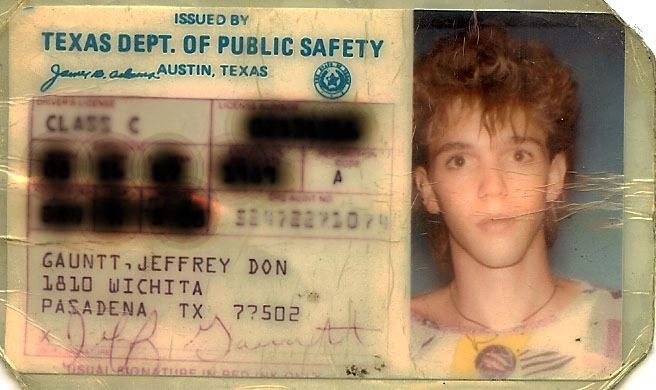 That night David was driving us to the club in The Behemoth where we were meeting two artsy but popular girls from school, Stephanie and Michelle. David and Michelle had become friends in drafting class, but both of the girls were intimidatingly unapproachable for my shy demeanor. Before we left David’s house, he showed me a flask he had stealthily filled with vodka from his parent’s liquor cabinet. As we drove to the edge of Pasadena he pulled the truck into a Stop-N-Go and bought a Big Gulp-sized fruit punch that was only half full. Back in the truck, he emptied the vodka into the cup and took a swig before driving us through that refinery-riddled industrial stretch of highway 225 and making the half hour trip into Houston. This was the same store that only a year before we had ridden our bicycles for miles across town in our never-ending quest for even the crappiest Marvel comics. 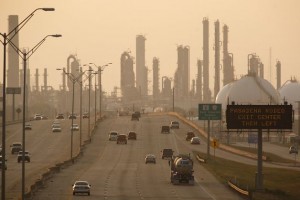 I didn’t recognize most of the music at Numbers that night, but I danced for a while before heading into the balcony area to cool down and watch the dance floor from above. The crowd vibrated below while Smalltown Boy, a melancholy outsider dance song by Bronski Beat, played over the soundsystem. As a forlorn straight kid I could identify with the longing for escape that the song so clearly evokes. That feeling of being an outsider looking in while trying to find my own way has always allowed me to sympathize with the gay world, although I’m aware that my obstacles have been minor in comparison to the struggles any gay man or lesbian woman must endure.

I had lied to my parents that I was going to a midnight movie, either Mad Max or Pink Floyd’s The Wall. After quietly returning home around 2:30 am, I sat in my bedroom feeling euphoric savoring the soreness in my legs from dancing. As I turned off the light and crawled under the covers of the twin-sized bed I’d grown up in, I could hear the slight drone of the ceiling fan as it endlessly spun. Lying on my back in the dark, I fell asleep listening to the rhythmic beat of the refineries in the distance as they burned off excess waste with fires pulsating in the night.