Summit Bars and Other Strange Things

I was recently digging through a few old storage boxes when I discovered a package I had sealed away in 1983. At the age of 15, inspired by an article about time capsules in the Houston Chronicle, I placed a Summit candy bar into a Ziploc bag, which I then wrapped in a bundle of aluminum foil, followed by Saran Wrap, before gluing the mummified package into a cigar box. To make it official I carefully hand-lettered the box “DO NOT OPEN UNTIL 2013” with a black marker. I loved Summit bars, so when I heard they were being discontinued I decided it was the perfect item to bury into my makeshift capsule.

I was surprised to see that the package survived the rat and roach-infested journey of my life from Texas to New York and then Los Angeles intact. Feeling like an archeologist, I used an X-ACTO knife to surgically pry open the seal on the box and extract the mummified candy from the cardboard sarcophagus. After carefully pulling open the plastic and foil, I was struck by the familiar orange and brown colors of the wrapper, still pristine after 33 years. It is a perfect graphic design from the time, implying a landscape with the “MM” forming a mountain top while the dot on the “I” becomes a sun. Unlike the graphic design of today, this was not made using computer technology. Instead it had been drawn by hand, which was then painted, collaged and photographed before being printed as the final wrapper. 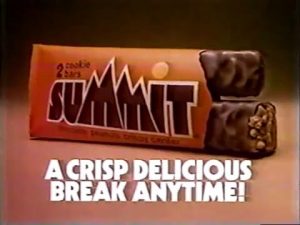 Seeing this package somehow reminded me of my suburban, wallpapered bedroom of 1983 when I was 15 years old and obsessed with Devo. Back then I’d endlessly stare at the Oh, No! It’s Devo poster thumb-tacked to my wall. This obviously collaged image confused and delighted me with its oddball graphics and nonsensical style. The image left me with more questions than answers, and that premise of mystery without clear fulfillment became a guide into what I still hope to find in music, art and entertainment. 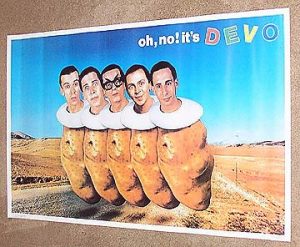 Gently cutting open the Summit wrapper, I was overwhelmed with memories of countless movies this candy and I had shared… An ideal date during nerdy films that informed my life, including Raiders of the Lost Ark (which had a one -year run at the local Southmore Cinema Six Theater!) as well as The Empire Strikes Back, Blade Runner, Conan The Barbarian, and most importantly, John Carpenter’s The Thing. Summit bars accompanied me through the end of my childhood and into the beginning of my awkward transformation to adulthood. It was also a standard ration in the endless Dungeons and Dragons games that David Gregg, Mike, Steve, Lane and I had played, accompanied by Nacho Cheese Doritos and Dr. Pepper, which completed our Holy Trinity of snack food.

As I carefully undressed the bars from the package and placed them on a white paper plate I was reminded of the phrase, “the years have not been kind,” since the candy had undergone a metamorphosis. It had transformed from the two rich chocolate brown bars into one chalky white lump, which reminded me of forgotten dog turds half-hidden in the lush San Augustine grass of my youth; bleached out and petrified from the bright Texas sun.

In spite of the grotesque appearance, the candy was intact; remarkably whole with only a few small pieces chipped off. As I stared at it on the plate, I inhaled the familiar sweet chocolatey scent, which was now intermingled with a hint of staleness, reminding me that once time has passed it can’t be regained. We all age and eventually pass away, decomposing and fading into the earth, while our packaging, coffins, or cigar boxes futilely attempt to preserve our remains. We can’t go back in time. Even this candy, still solid after all of those years, had mutated into something horrible that I still recognized and hungered for. I was torn between my attraction and repulsion while questioning the urge to eat it.

I had recently read glowing reviews about Summit bars on a retro candy blog. In spite of it being a sort of Twix merged with a Kit Kat, people were nostalgic for it to be remade. The blog was filled with personal stories of how perfectly crisp and delicious it had been. It struck me as odd that most of the reviewers seemed 10-15 years younger than me. How did they even know about this candy if they were not there to experience it when it was available in 1983? I discovered that another company had recently released a “limited edition” version, but when I looked it up the packaging annoyed me. I could tell that the modern version was simply a copy, well-intentioned and similar in appearance, but strangely not the same. It was uncanny to recognize the MM landscape looking so familiar, but simultaneously see how it was now “fake”; a duplicate of what had come before. 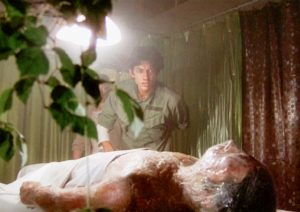 A pod duplicate in Philip Kaufman’s Invasion of the Body Snatchers.

The packaging I had marveled at on the original had now become digital, with slightly adjusted color to make it less orange, since that color no longer markets well. It was remade with modern technology to resemble the original, but not the same. If anything the packaging now appeared too perfect. I was reminded of the music I love that has been remastered. I’m skeptical of this strategy because it is clearly an attempt by the record industry to have fans buy something they have already purchased. I often find myself cringing at hearing “too much” in the remastered versions, throwing me out of the overall emotional aspect of songs and leaving me thinking about details like, “odd…I never noticed the flute in the background.” 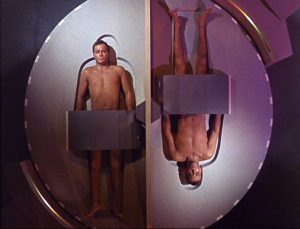 The real and duplicate Captain Kirks from the Star Trek episode “What Are Little Girls Made Of?“

I sat staring at the grotesquely pale candy on my plate, wondering if I could eat it or not. Would it even be edible? I gingerly picked it up, inhaled a deep breath to get the full sensory impact, and impulsively bit the lump in half, binging on the stale taste of 1983. Instead of the deep chocolate, peanuts and crisp cookie sensation I knew from my youth, it now crumbled and cracked as it filled my mouth with a sour, chalky dust. I coughed but kept chewing, unable to stop myself from returning to 1983 as my thoughts filled with nostalgic wonder:

-The softness of my first kiss, deep in the woods at night at church camp

-The thrill and sweatiness of walking around the Astroworld amusement park

-The smell of chlorine rising from endless swims in summer pools

-Listening to the Human League on my Walkman as I walked my pig, Boromir

Suddenly it went bad. The brief moment of idealized awe transformed into the harsh reality of my life at that time. I had been overwhelmed by a fear of the unknown, which was reinforced by the stifling viewpoint of the Southern Baptist Church I regularly attended with my family. I had a crippling self-consciousness, leaving me shy and terrified of talking to girls. At that age I began reading the newspaper every morning, leaving me shocked and terrified about the rise of AIDS at a time when I was already confused about sex. The Cold War was also in full effect, leaving me certain that the human race would kill itself off at any moment. My positive memories from that time were mixed into the harsh reality of my negative ones, all while I slowly chewed the bitter and stale candy, grimacing through every bite.

After finishing, I twisted open a Dr. Pepper I’d bought for the occasion, but even this tasted different, now made with corn syrup instead of sugar and encased in plastic instead of glass. I forced myself to drink the entire bottle, but it left me queasy. The sickness offered another reminder that you can never truly return to a perfectly ideal childhood place. Things change, constantly evolving or decaying, and even though they may appear the same, underneath they are always different. Something is always lacking; some spark of life unable to be captured or duplicated.

In the film The Thing, the creature will assimilate a person or animal which in all outward aspects is identical, but underneath is different, proven by the blood test in an unforgettable scene. Is this person true to themselves as a human, or are they the imposter waiting to assimilate again?

Testing for monsters in John Carpenter’s The Thing.

These new “Summit bars” looked and tasted similar, but they were still different. Why remake an old candy and not just make an entirely new type? What if it wasn’t even meant for someone my age, but rather for “millennials” who simply want to experience something from an idealized era they have few memories of? Should I hold these experiences which formed me as sacred? Maybe this is an entirely new aesthetic, and rather than question the validity I should accept the inevitable outcome. Was I blindly acting like MacReady in The Thing, a character who had informed my deep skepticism as a teen, fighting against a monster that can never be beaten? Maybe it is only a monster to my limited perspective, but for others it is tasteful and nostalgic. Is my personal awareness of it being “false,” enough justification to burn it?

I was reminded of reading true accounts about people cloning a beloved animal or pet, but the stories always end in heartbreak because the animal is never the same. This duplicate becomes another way to prolong death, but death will eventually find everyone. 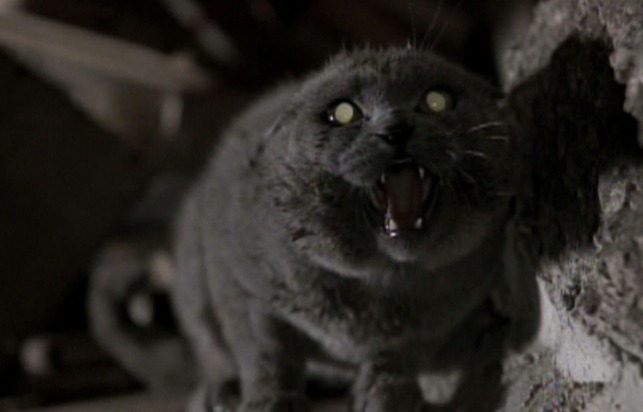 The friendly cat returns from the dead in Pet Sematary. 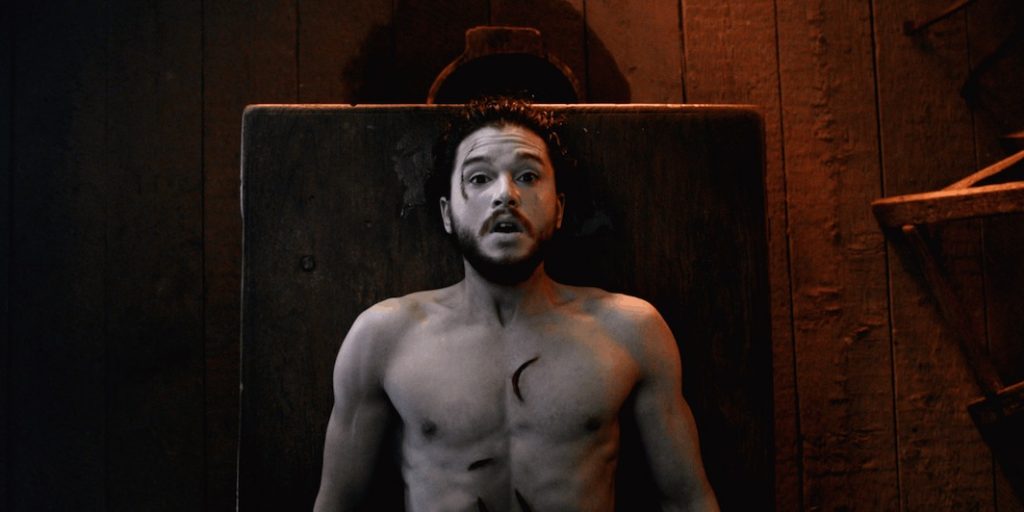 I placed the wrapper in the cigar box that I stored in the closet, reminding myself that it was symbolic of my inability to emotionally let go of that time and move on. We can preserve the movies, music, art, and literature from our youth; endlessly regressing to a place of awe, fear, comfort and wonder as we emotionally bathe in them, but eventually the nostalgia wears thin as we return to the reality of adulthood along with its own fears and responsibilities.

I’m surprised that I ate the candy, but I’m also slightly disappointed that I gave in to the nostalgic urge. Soon afterwards I drifted off to sleep, which was thankfully dreamless and empty.

Later that night, I vomited all over the bed.

I woke the next morning with an aching stomach, but also a strange urge to find another candy bar, wishing I could eat it all over again and possibly even order copies of the new, fake version. 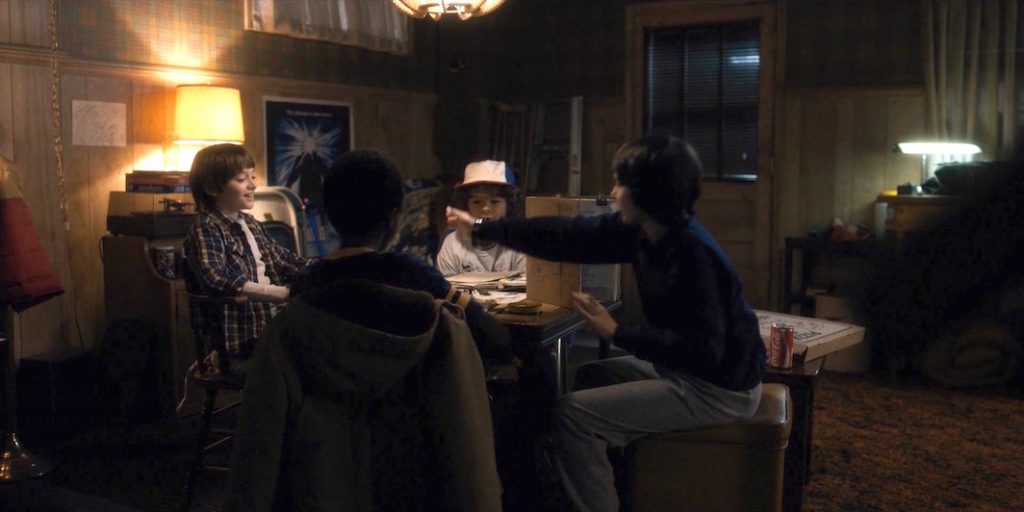 Dungeons & Dragons game in Stranger Things, with poster for The Thing in background.