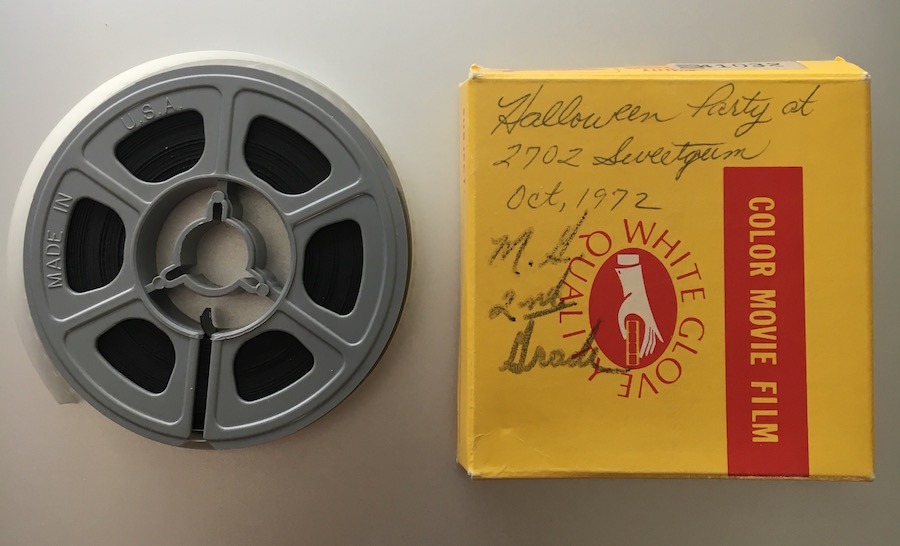 Everything is blurry, maybe from my poor vision and the mask I wore, but possibly from my hazy memories. My parents put together a Halloween party for my sister Michaelle and I one night in October 1972, when I would have recently turned 5 years old and Michaelle 7. My cousin Angela, who was my age, probably came along too.

This took place in our first house on Sweetgum Street, before we moved away later that year. I question my memories of the architectural layout, but I am certain that we had a screened-in back “patio room.” This was where we played games, including bobbing for apples out of a bucket, which was frustratingly difficult. 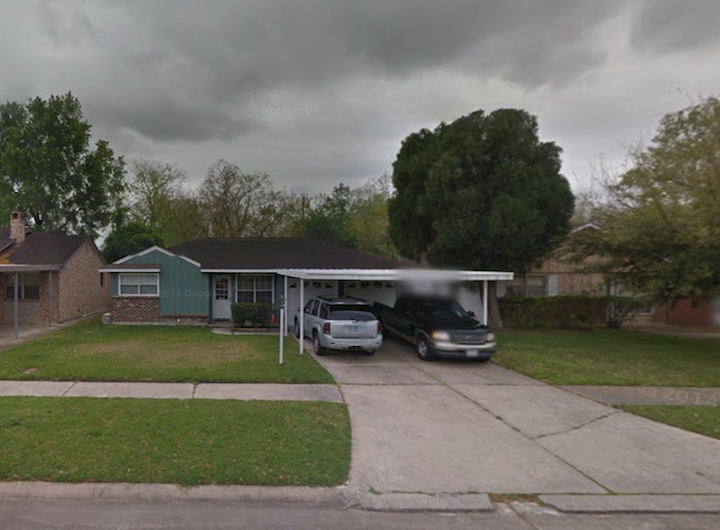 A recent Google photo of 2702 Sweetgum Street. The carport has been added since we moved away.

I have no memories regarding either the Halloween costumes or any other children besides Michaelle, but a handful of neighborhood friends also attended. This probably included Toby, a troubled boy around my age who lived across the street. Toby and I met when he brazenly claimed that my family had stolen his croquet set after seeing the set we had stored in our garage. We became friends after I convinced him of his error, but due to his delusions when we met I never fully trusted him.

I don’t remember much about Toby except that his mother seemed quite a bit older than my mom, and that he had an older brother who was “in the war,” which probably meant Vietnam. I can picture his brother’s empty bedroom, preserved and waiting for him to return: a perfectly made bed and something hanging over it on the wall, possibly an American flag. There may have also been a small footlocker or trunk at the foot of his bed. Due to this strange, lifeless room, I questioned Toby about his brother and when he would return, but Toby would just indifferently shrug and say, “I don’t know.” I was confused by the vague response, and haunted by the sense of longing and emptiness that the frozen bedroom held. I don’t know if Toby’s brother ever returned.

This must be incorrect, but I seem to remember later hearing a story that someone hung himself in the tree in Toby’s back yard. That same tree had a tire swing that Toby and I would often play on.

My memories from this party are from a wonderful, ideal time in my life. When I was trying to decide which film to begin this series with, I pulled a few packages out of the suitcase and this one stood out. Most of these films will fluctuate between holidays, birthdays and vacations, so I was excited to see an iconic holiday party that I have held happy memories of. Only a few years later, Halloween became associated with a terrible tragedy in Pasadena, Texas.

I’m the kid in the skeleton costume, but I don’t remember it. My cousin Angela was there in the wonderful Casper the Friendly Ghost costume, which I can’t help but feel is poignant since she passed away when I was in my early 20s. Angela is also seen bobbing for apples with Michaelle and I. Angela and I seemed to fight whenever we were together, but we also shared a bond possibly due to our similar age, or maybe because we both felt like outcasts.

One thing that struck me about the film was that this was shot at a time in my life that I barely recall; when my parents were more free-spirited and flexible with things being scary or ugly. I was surprised at seeing their costumes, which are both creepy and unattractive. In my later childhood we converted from the easy-going ways of the local First United Methodist church to a rule-based and fear-driven Southern Baptist church. The parents I have grown up with for the majority of my life are hyper-aware about outward appearances, and they are terrified of anything to do with witches, demons or the supernatural.

It was also refreshing to see kids play such antiquated social games that my parents had most likely also played as children. Our fear-driven, germaphobic, modern culture would never condone dipping your head into a bucket of water and biting at apples that other kids have also touched, not to mention eating from shared donuts. I was excited to be reminded of the hanging donut game, which gave me a comfortable, warm feeling to watch. It also made me smile to remember the ghosts made from tissue that my parents crafted and installed floating around the house on kite strings.

After finished this post, I noticed that it includes several references to strings and hanging. I’m not sure whether it carries any deeper meaning.