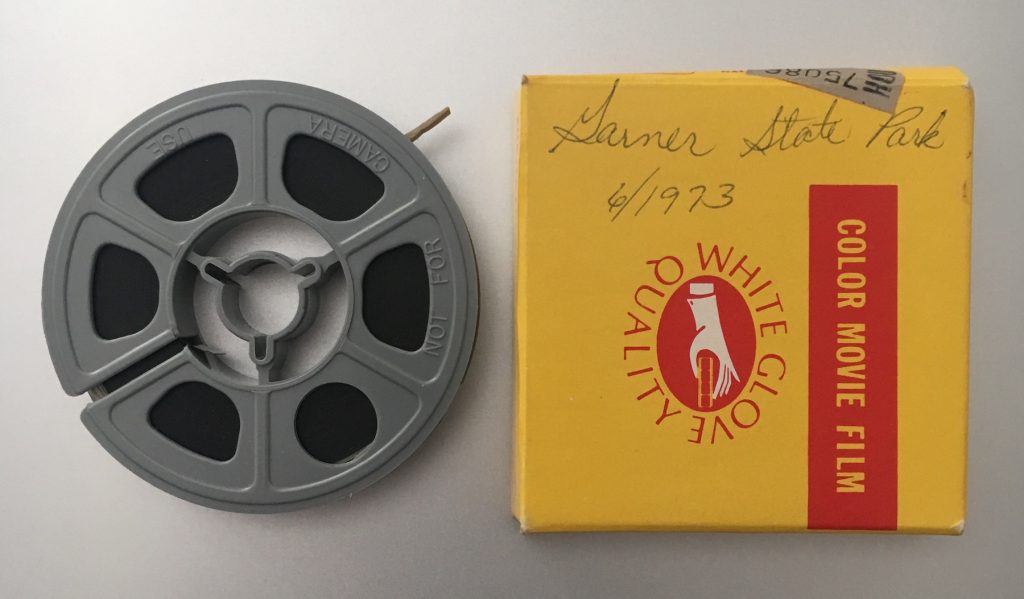 Why do kids love to feed animals? Seeing this box triggered a pleasant memory of my family driving to a cabin for a weekend stay in the forest at the edge of a lake in East Texas. Along the drive through the low-lying forests on the outskirts of Houston, my sister and I were endlessly repeating the annoying “Are we there yet?” thing that kids do. We arrived in the slightly overcast late afternoon with the sun hanging on the tree tops as I went outside, overjoyed to see ducks and geese at the edge of the water. I ran back to the cabin, grabbed several pieces of white bread, then charged outside calling to the animals. Instantly I was surrounded by a sea of birds, all flapping, quacking and honking in unison. I was thrilled by the attention and excitement as I stood on my toes and held my hands high to keep them from snatching the bread, which I tore into chunks and tossed into the endless maw. Afterwards I kicked small rocks around the edge of the lake, a little disappointed that it ended so soon and that my animal friends had returned to the water.

This brings up another memory in which my family visited an unfamiliar grandparent or older relative. Along the drive we stopped at a store where my parents bought Michaelle and I a Slinky , but I felt a little guilty about it, as I did whenever I got toys then. As we approached the house, a friendly stranger was standing outside with my relatives. The nice man asked my family if we wanted to “see something special” before he creaked open the giant trunk to his old car. To my shock and delight, inside were dozens of downy, yellow chicks all peeping and bopping around. The air filled with their endless noise and rhythm before he closed the trunk and slowly drove away. I don’t know if this beautiful moment actually occurred or if I dreamt it, but it’s still very vivid.

I’m certain that neither of these memories are related to the events we will see in this film.

I don’t remember these events, but seeing the bright colors of the film and the stylish, early ‘70s clothes bring me the warm comfort of a wonderful dinner. We have some footage of the park, the river, old cars, plus Michaelle and I, but you also get to bask in the glory of my casually stylish dad setting up our camp. I wish there were a few scenes with my mom, who would have been equally fashionable, but she is behind the camera and seems quite enamored with my dad since he is featured in close-ups. My sister Michaelle is determined to have more time on camera, but that only results in the top of her head bopping around the bottom of the frame in a few scenes. I enjoyed the scene with us posing in front of the tent because she slightly trips while acting silly, but regains her gangly balance. That casual silliness is a side of her that I had forgotten, but I look forward to seeing in more of these films. 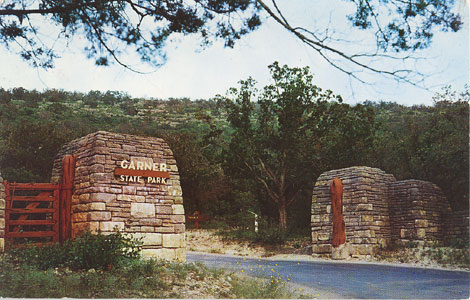 I get my big moment with an action scene running down to the river in my red shirt, as well as a dad/son bonding scene where he teaches me how to skip rocks. I remember that lesson, although I don’t know if this was that event or one of several lessons it took for me to learn. I laughed when I watched young Jeff hurling a big rock into the water. Similar to feeding animals, chucking rocks in the water must fulfill some primal urge in kids since we always seemed to be searching for the “perfect rock” to throw. Perhaps it is nothing more than a basic urge to throw things, but I’d been warned plenty of times that throwing rocks was dangerous. The safe answer was to throw them in the water, which allows you to see the results of your action with a splash – kid empowerment urges.

From our changing outfits, I’d guess that we only camped one night. I have no idea what my yellow, red and white “89” jersey is related to, but it could be yet another of my parents’ failed attempts at guiding me towards sports like my athletic father. My bright red shirt from the earlier scenes is far more super-hero dork than sporty tough kid, and even now I love wearing solid red shirts.

The scenic shots add a nice effect- especially the one of just the water – although most likely my mom was only reaching the end of the roll and wanted to run out the film. This regularly occurred with both the Super 8 camera and our standard film cameras. I remember running around the house with our camera while looking for things to take photos of to run out the roll, usually focusing on my beloved cat, Fluff.

Not coincidentally, a few days after watching this I awoke with the urge to re-watch the Brady Bunch, which my sister and I loved. 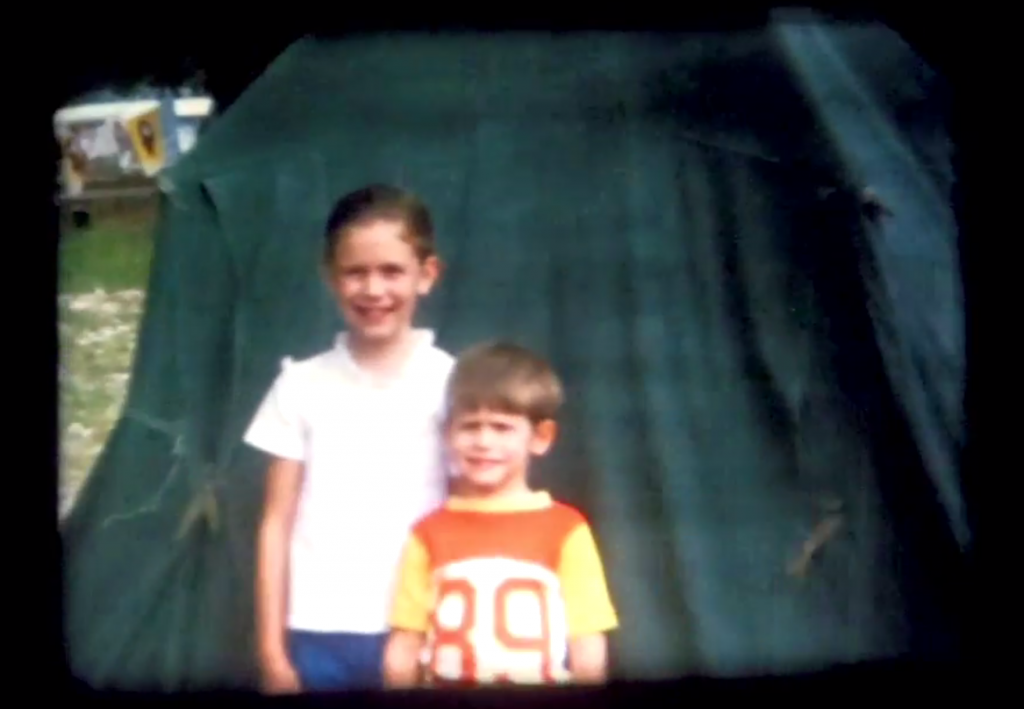