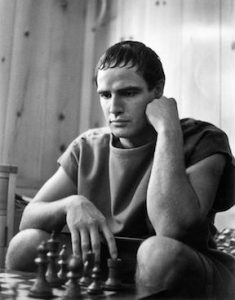 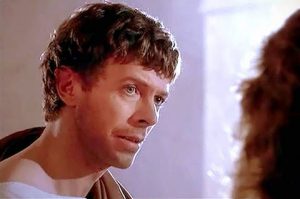 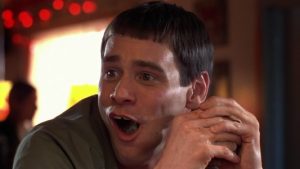 END_OF_DOCUMENT_TOKEN_TO_BE_REPLACED

My Frakkin’ Goth Night – Battlestar Galactica at a Goth Club

The Hunger – Bauhaus and the Endless Void of Teenage Depression

I peer into the depths of a black tarp, loosely stapled across a makeshift wall. There is a constant hustle of people shuffling past as they rush to cobble together a haunted house for this elementary school carnival within 24 hours. By my side is David Johnson, a great neighborhood friend. I’d invited him to help paint this mural because I envy his casual confidence when we collaborate on our knock-off Garfield comic strips. We stand transfixed, staring into the endless void of black as the heavy, plastic scent of the tarp fills the air. In the background, the creepy noises from a sound effects album swirl around us as a plaintive dog howls in the distance, glass breaks and a wind storm pushes past.

I abruptly pull a comic book out of a manila envelope to use as a source, then grab a medium-sized paint brush, open a quart of dark purple latex paint and start roughly painting the outlines of a huge swamp monster emerging from the black screen. This is the creature known as Swamp Thing. David opens a bright green quart of paint and begins filling in the forms of the monster. It is 1980 in Texas, only a few days before Halloween and I am 12 years old. 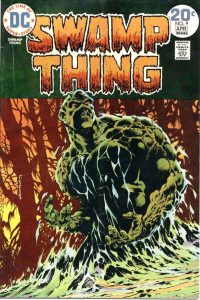 Several years later I’m sitting in an R-rated movie that I’ve snuck into with two of my nerdy best friends, David Gregg and Mike. We sit transfixed, staring into the endless void of black as the heavy, buttery popcorn scent fills the air. In the background, the rhythm of brisk staccato drumming swirls around us as the title The Hunger flies out from the darkness and floats on the screen. Soon we are entranced by the appearance of an unearthly, ghostly thin singer encased in a wire cage. END_OF_DOCUMENT_TOKEN_TO_BE_REPLACED

Estate Sales – Where the Dead Can Dance

I didn’t realize that I would have a problem when I wore the dead man’s shirt to the goth club.

When I first saw it at the estate sale, the black button-down was perfectly folded and stored in a withered dry cleaning bag, with the ancient identification tag looped through a starched buttonhole. Lifting it from the closet shelf, I guessed that it hadn’t been worn for 20 years.

The house had a musty odor that followed closely as I explored the rooms. Had the deceased owner been a former smoker? Considering the lingering scent, I sniffed the shirt and thought, “Does it smell like the house?”

It was only $1, so I brought it home and tossed it into the dryer for 10 minutes. It had no odor afterwards, so it hung forgotten in the closet until I needed a black shirt for the goth club.

At first everything was fine – I arrived at the club, enjoyed a drink, and moved onto the dance floor. Soon enough, the problem began. I was wearing a black jacket over the shirt, as well as black pants and a silk scarf tied as an ascot. As the night progressed and I continued dancing, my body temperature rose. After an hour of bopping around, I was feeling great and in touch with the music when I suddenly realized, “Wait…what’s that smell?!” I casually sniffed the air as I kept dancing, looking for a source when I realized that it was me! The air was filled with the unmistakable odor of the dusty house, wafting off me like a gruesome cologne of decay. That stench had been embedded dormant in the shirt, but was triggered by my body heat!

I kept to myself after that, which isn’t tough to do when you go dancing alone at a goth club.

When people ask if I believe in ghosts, I respond that I’m fascinated, but that I don’t believe. However in this case, the owner of that house was reluctant to let his shirt go. He had haunted me with his dusty stench, tagging along for a ride. It reminded me of the Disneyland warning: “Beware of hitchhiking ghosts.” 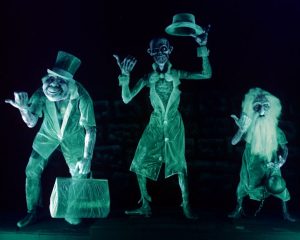 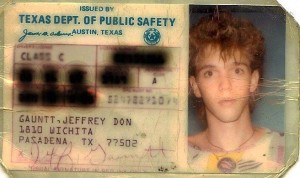